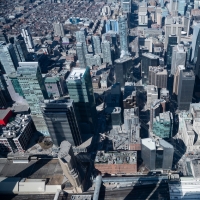 Moving to Toronto? Here are some things you need to know before making the move.

Toronto is one of the most diverse cities in North America, with a population that is over 2 million strong. It's also considered one of the world's top five most livable cities according to The Economist Intelligence Unit (EIU). Whether it be for work or school, there are many reasons why people choose to move here. But as with any big city, there are some pros and cons worth considering before deciding whether or not this is where you want to live - let alone call home!

Moving to Toronto or any new place is a big decision. It's important to be informed about the city you're moving to. This post will cover some of the top things you should know before coming here!

If you're a new graduate looking to make your way in the big city or you have just accepted a new job or met the love of your life, Toronto is one of the best places to start. The job market here has been booming for years with a low unemployment rate. You'll find many jobs (and increasingly more) opportunities within fields such as information technology and finance

Moving to Toronto with a Family

If you're moving to Toronto with family, the sky's the limit! The city offers many parks and green spaces for kids of all ages as well as an impressive public, private and Catholic school system and world-renowned universities. Toronto is one of the best cities in North America for families and has been ranked by Time magazine as one of the world's most livable cities.

Maintaining a healthy lifestyle while living in Toronto can be tough, but it doesn't have to be! There are countless gyms scattered across downtown with many companies offering gym discounts for employees.

Moving to Toronto for work

If you are moving to Toronto to start a new job, you're in luck! Toronto is the financial capital of Canada and the largest city in the country and the 4th largest in North America. There are many big companies with headquarters based in Toronto.

Toronto Real Estate has gone up rapidly in price over the last ten to twenty years. With increasing demand to live in the GTA and immigration, Toronto keeps growing. As a result, housing has become more expensive with property prices soaring. Prices vary depending on where you want to live whether it's downtown in a condo or house in central Toronto, or nearby areas like Mississauga, Oakville or North York

Toronto is one of the top five startup hubs in North America. It has been ranked as #13 on Forbes's list of The Next Biggest Boom Towns In The World and was recognized by CNN for housing some of the best tech startups outside Silicon Valley.

The Toronto Stock Exchange, located in the Financial District in Downtown Toronto, is the seventh-largest stock exchange in North America by market capitalization.

Toronto has a low crime rate considering it's such a large city. Toronto is a large city and should be treated as such. Being alert in any large city is wise, even if you are walking at night when no one else is around and there are always a few sketchy areas in any large City but overall it's very safe.

So many things to do

There are so many things to do in Toronto whatever you are into, there is something here for everyone.

You can take in a game at the Scotia Bank Arena, Rogers Centre, or BMO Field. You could go check out one of the many museums such as The Royal Ontario Museum, Art Gallery of Ontario, and even Science Center. If you're looking to shop, you can shop till you drop with there are endless options all over the city

There are many events in Toronto throughout the year that you should check out.

If you're looking for something outdoors then Taste of the Danforth, Ribfest, or the Scotiabank Caribbean Carnival, which is Canada's largest festival celebrating and honouring the West Indies' culture and heritage.

If you're into sports Toronto has the 2019 NBA champions, the Toronto Raptors, the Toronto Maple Leafs for ice hockey fans, Toronto Blue Jays baseball, and Toronto FC in the MLS. Toronto also hosts the Grand Prix for Formula One in the last week of June. There are several marathons and half-marathons you can participate in as well.

If you're into music there is Canadian Music Week that takes place every March in Toronto. They have performances from international and local artists all over the city for days on end. Toronto also has the Toronto International Film Festival (TIFF) in September and is one of the largest film festivals in North America. 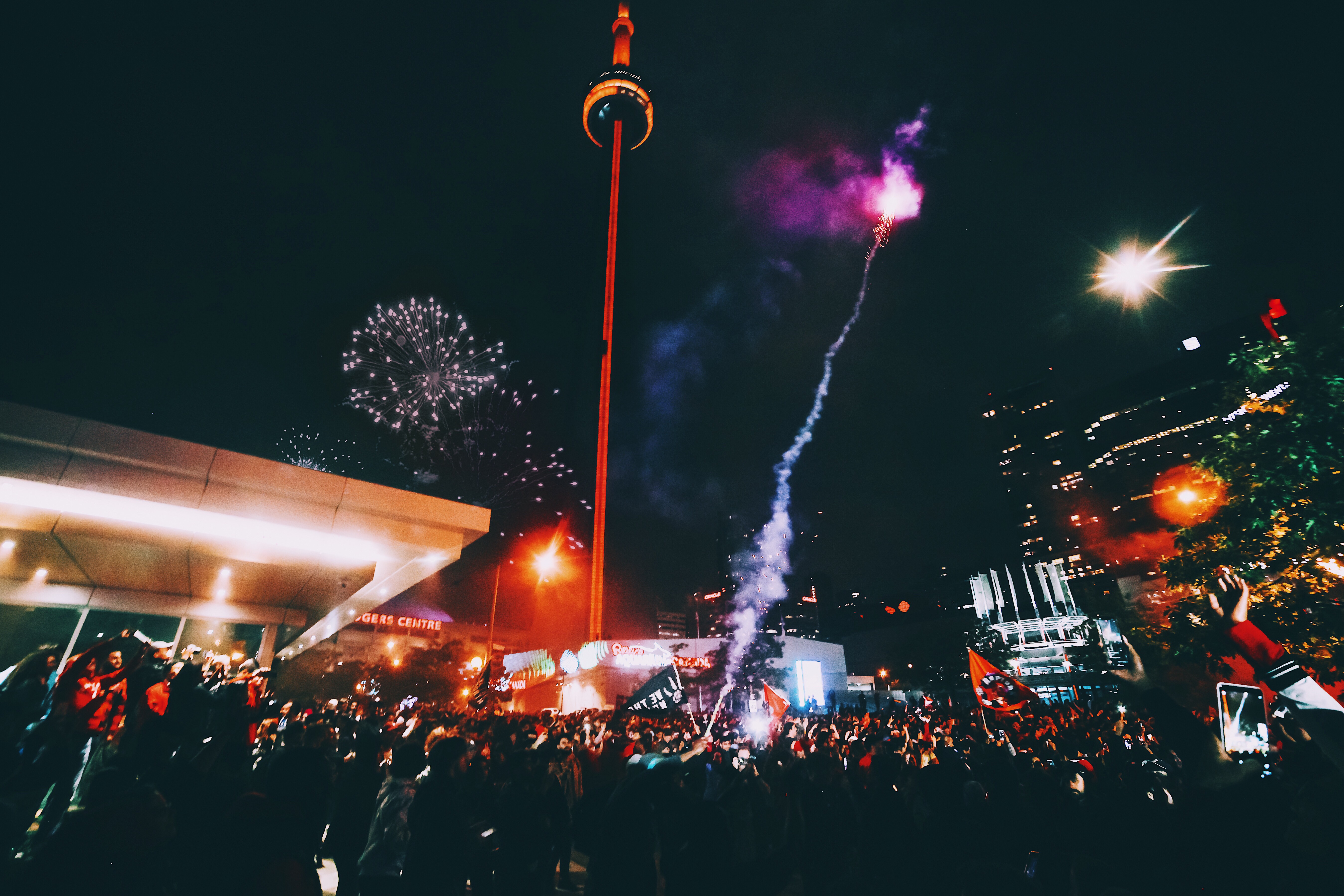 Toronto is a very cosmopolitan city that has many different cultures, which means there are abundant options of restaurants and grocery stores to check out.

The prices for groceries seem about the same as what I would expect in North America, however, the cost of living has gone up for items such as groceries and restaurants.

Toronto has a lot of places to shop for clothing and personal items. Yorkville has most of the luxury high-end brands for those with big budgets, but there is something for everyone. The Eaton Centre seems to be a base for new people to Toronto as it's the largest mall in the city center. For those looking to buy a new outfit, you'll save money by going to an outlet mall outside of Toronto's city center like Vaughan Mills or even take a day trip to Buffalo as clothes are less expensive in the US.

The cost of going to the gym is also very reasonable; on average around $50. a month or if you prefer a more exclusive gym such as Equinox it's around $100-$200.

Downtown Toronto has the most condo buildings but they're not the only option. If you want a condo but don't like living in an urban center, there are areas outside of the downtown core such as Yonge & Eglinton, North York near Yonge and Shepherd/ Finch, Etobicoke, and Mississauga that have plenty of condos for rent or sale. View Toronto condos for sale here 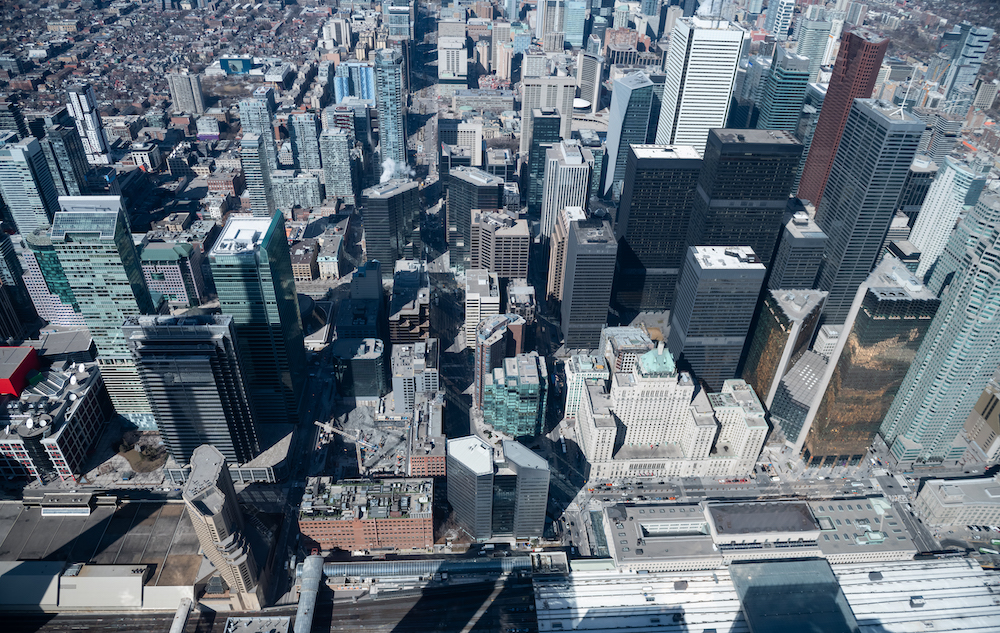 It is hard to believe how big Toronto really is. If you live in Vancouver, Montreal, or another city with a similar population and density, it can be difficult to imagine the impacts of living in such a large place. It isn't just about walking from your home on one end of town to the other - sometimes that walk could take hours!

The sheer size of the city is one thing that sets it apart from other cities in Canada. While Montreal and Vancouver have their fair share of skyscrapers, Toronto has more than any other Canadian city by far.

Once you are living in Toronto, you will quickly find that the city is a melting pot of cultures and backgrounds. You can find people from all over, speaking many different languages. This diversity contributes to Toronto's reputation as one of the most multicultural cities in North America!

At the same time, it isn't always easy living here - especially if you are new to Canada or adjusting to a new culture.

When you go out to eat it's typical to tip 15% of the bill or more if you were really happy with the service you received. This is not common in many countries but it is pretty standard practice here.

One thing to be aware of is that you should only tip what the service was worth, and not just because it's "expected." You don't want to leave an overly generous amount if they didn't do much work for you!

Weed in now legal in Toronto

Weed became legal in Toronto in April 2018 - and business has grown rapidly. In the US, pot is legal in some states but not all of them (and even then there are different restrictions) so this is a big deal for us!

You need to be 19+ to purchase weed from these stores as well as have your government-issued ID with you.

Planning on buying a house in Toronto?

Housing here is very expensive for most Canadian but not to people from large cities like New York, LA, London, Hong Kong, or Shanghai. There are many neighbourhoods to choose from in Toronto and the surrounding areas, it just depends on what you can afford and your personal preference. You can search the latest Toronto Homes for sale here.

Is moving to Toronto a good idea?

There are many people moving to Toronto, but it depends on so many factors. The decision to move is ultimately yours, but you need to know what it means for your family when you're considering making a change! Moving isn't always easy or fun, but there are many benefits too if this is where you want to be!

Why shouldn't you move to Toronto

Every city has its drawbacks and if you don't like long cold winters or living in a large bustling city with many people and lots of traffic, Toronto may not be for you.

If you're looking for green space and a slower pace, Toronto may not be the best choice, and may areas outside Toronto may be a better fit such as Oakville or Burlington.

Is Toronto a good place to live?

Many people love Toronto because it's a multicultural city with lots of job opportunities and many ways to live. There are big areas that have very little green space, but there are also parts of the city where you can find large parks or even waterfront living!

Is it expensive to move to Toronto?

Toronto and Vancouver are Canada's most expensive cities to live in. The good news is that you can find a cheaper place to live outside of the city limits and still be close enough for your daily commute or an easy day trip away!

If you're looking for some greener pastures, there are other places outside of Toronto where housing prices may be more affordable too such as Hamilton, and York Region for example.

Where to live in Toronto

Toronto is one of the most diverse cities in North America, and you can definitely feel that when looking for housing. You'll find everything from condos to townhomes and semi or detached homes for sale. Book a FREE real estate consultation with Alex today!

We've given you the basics of what it's like to move to Toronto and maybe even have some questions answered for you. Now that we know more about this city, are there any other things that people need to know before making a decision on where they're going? Yes! Buying property in Toronto can be very expensive, so do your research ahead of time. If you're interested in buying a condo or house here, make sure to contact us with any concerns or questions you might have - we will answer them as soon as possible.